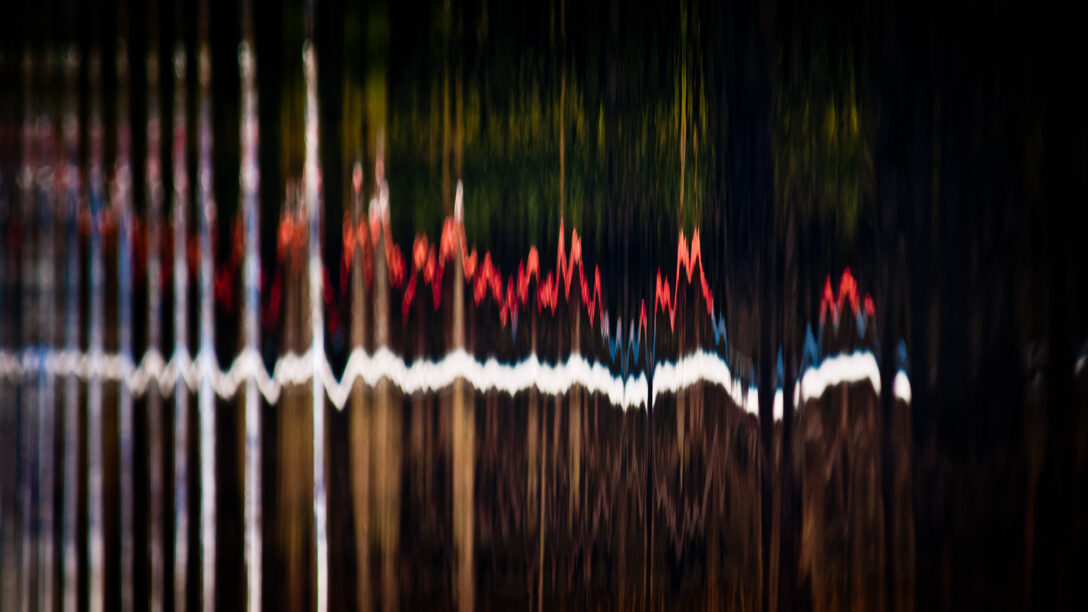 The ‘Better Images of AI’ project is so important, as typically, portrayals of AI can be seen to reinforce established and polarised views, which can distract from the pressing issues of today, but we rarely question how AI sounds…

The role of sonic framing on AI narratives and public perception

Music is useful. We employ music every day to change how we feel, how we think, to distract us, to block out unwanted sound, to help us run faster, to relax, to help us understand, and to send signals to others. Decades of music psychology research have already parsed the many roles music can serve in our everyday lives. Indeed, the idea that music is ‘functional’ or somehow useful has been with us since antiquity. Imagine receiving a cassette tape in the post from someone filled with messages of love: music transmits information and messages. Music can also be employed to frame how we feel about things. Or, written another way, music can manipulate how we feel about certain people, concepts, or things. As such, when we decide to use music to ‘frame’ how we wish a piece of storytelling to be perceived, attention and scrutiny should be paid to the resonances and emotional overtones that music brings to a topic. AI is one such topic and a topic that is heavily subject to hype. This is arguably an inevitable condition of innovation at least at inception, but while the future with AI is so clearly shaped by stories told about AI, the music chosen may also ‘obscure views of the future.’

Affective AI and its role in storytelling

30 years ago, documentarian Michael Rabiger quite literally wrote the book on documentary filmmaking. Now in it’s 7th edition, Directing the Documentary explores the role and responsibility of the filmmaker in presenting factual narratives to an audience. Crucially, Rabiger discusses the use of music in documentary film saying it should never be used to ‘inject false emotion’ thus giving the audience an unreal or amplified or biased view of proceedings. What is the function of a booming calamitous impact sound signalling the obliteration of all humankind at the hands of a robot if not to inject falsified or heightened emotion? Surely this serves only to reinforce dominant narratives of fear and robot uprising – the likes of science fiction. If we are to live alongside AI, as we are already doing, we must consider ways to promote positive emotions to move us away from the human vs machine tropes which are keeping us, well, stuck.

Moreover, we wonder about the notions of authenticity, transparency and explainability. Despite attempts to increase AI literacy through citizen science and initiatives about AI explainability, documentaries and think pieces that promote public engagement with AI and purport to promote ‘understanding’ are often riddled with issues of authenticity or a lack of transparency doing precisely nothing to educate the public. Complex concepts like neural nets, quantum computing, Bayesian probabilistic networks etc. must be reduced (necessarily so) to a level whereby a non-specialist viewer can glean some understanding of the topic. In this course retelling of ‘facts’, composers and music supervisors have an even more crucial role in aiding nuanced comprehension; yet we find ourselves faced with the current trend for bombast, extravagance and bias when it comes to soundtracking AI. Indeed, as much as attention needs to be paid to those who are creating AI technologies to mitigate a creeping bias, attention also needs to be paid to those who are composing music for the same reasons.

Techno-pessimism is reinforced by portrayals of AI in visual and sound media – suggestive of a dystopian future. Eerie music in film, for instance, can reinforce a view of AI uprising or express some form of subtle manipulation by AI agents. Casting an ear over the raft of AI documentaries in recent years, we can observe the trend for approaches to sonic framing which reinforce dominant tropes. At the extreme, Mark Crawford’s original score from Netflix’s The Social Dilemma (which is a documentary/drama) is a prime example of this in action. A track titled ‘Am I Really That Bad?’ begins as a childish waltz before gently morphing into a disturbing carnival-esque horror soundtrack. The following track ‘Server Room’ is merely a texture full of throbbing basses, Hitchcock-style string screeches, atonal vibraphones, and rising tension that serves only to make the listener uncomfortable. Alternatively, ‘Theremin Lullaby’ offers up luscious utopian piano textures Max Richter would be proud of, before plunging us into ‘The Sliding Scale’, a cut that comes straight from Tron: Legacy with its chugging bass and blasts of noise and static. Interestingly, in a behind the scenes interview with the composer, we learn that the ‘expert’ cast of the Social Dilemma were interviewed and guided the sound design. However, the film received much criticism for being sensationalist and the cast themselves were criticised as former tech giant employees hiding in plain sight. If these unsubtle, polarised positions are the only sonic fayre on offer, we should be questioning who is shaping music and the extent to which it is being used to actively manipulate audience impressions of AI.

Of course, there are other forms of story and documentaries about AI which are less subject to dramatisation. Some examples exist where sound designers, composers and filmmakers are employing the capabilities afforded by music to help demonstrate complex ideas and support the experience of the viewer in a nuanced manner. A recent episode of the BBC’s Click programme uses a combination of image and music to demonstrate supervised machine learning techniques to great effect. Rather than the textural clouds of utopian AI or the dystopian future hinted (or screamed) at by overly dramatic Zimmer-esque scores, the composer Bella Saer and engineer Yoad Nevo create a musical representation of the images, providing positive and negative aural feedback for the machine learning process. Here, the music transforms into a sonic representation of the processes we are witnessing being played out on the screen. Perhaps this represents the kinds of narratives society needs.

We don’t yet have the answers, only impressions. It remains a live research and development question as to how far sonic framing influences public perception of AI and we are working on documentary as a starting point. As we move closer to understanding the influence of representation in AI discourse, it surely becomes a pressing matter. Just as the BBC is building and commissioning an image repository of more inclusive and representative images of AI, we hope to provoke discussion about how we can bring together creative and technology industries to reframe how we audibly communicate and conceptualise AI.

Still, a question remains about the stories being told about AI, who is telling them and how they are told. Going forward, our research will investigate and test these ideas, by interviewing composers and sound designers of AI documentaries. As for this blog, we encourage you to pay attention to how AI sounds in the next story you are told about AI or when you see an image. We call for practitioners to dig a little deeper when sonically framing AI.

Dr Jenn Chubb (@JennChubb) is Research Fellow at the University of York, now with XR Stories. She is interested in all things ethics, science and stories. Jenn is researching sonic framing of AI in narratives and sense making. Jenn plays deliberately heavy and haunting music in a band called This House is Haunted.

Dr Liam Maloney (@liamtmaloney) is an Associate Lecturer in Music & Sound Recording at the University of York. Liam is interested in music, society, disco, and what streaming is doing to our listening habits. When he has a minute to spare he also makes ambient music.

Jenn and Liam decided not to use any robot related images. Title image “soundwaves” by seth m (CC BY-NC-ND 2.0)